Less than two years after moving into their new state-of-the-art, purpose built U.K. offices, SoloProtect have more than doubled their workforce and now have a team of over one hundred world-wide; this is some feat, considering the company's humble beginnings.

In 2002, Craig Swallow, SoloProtect Managing Director, attended a Suzy Lamplugh Trust event focused on lone worker safety. With a background in telecommunications, and an idea based around a wearable device to improve staff safety - he hit on a concept centred around the delegate name badges, and by 2003 SoloProtect (formerly Connexion2) was born.

“It’s an exciting time for everyone at SoloProtect, it was hard to imagine, in those early days, that one day we’d be an operation of over 100 members of staff. We’re continually trying to grow as a business, searching for new innovations and technologies to help us better protect the lone worker, and this is just another milestone that demonstrates this.”

Since 2003, SoloProtect has continued to evolve; they now operate in eight different countries, including some of the biggest European markets, the United States and Canada, and as far afield as New Zealand. With this evolution SoloProtect has brought a number of new and innovative products to the market. The SoloProtect ID was the first lone worker device to utilize GNSS technology and the company has a number of exciting products in the pipeline, with new releases planned for next year.

Staff member one hundred is Software Developer Jonathan Bloodworth, and he joins SoloProtect’s exciting Development team which is tasked with delivering new and innovative systems to ensure that SoloProtect customers enjoy a smooth on boarding experience. 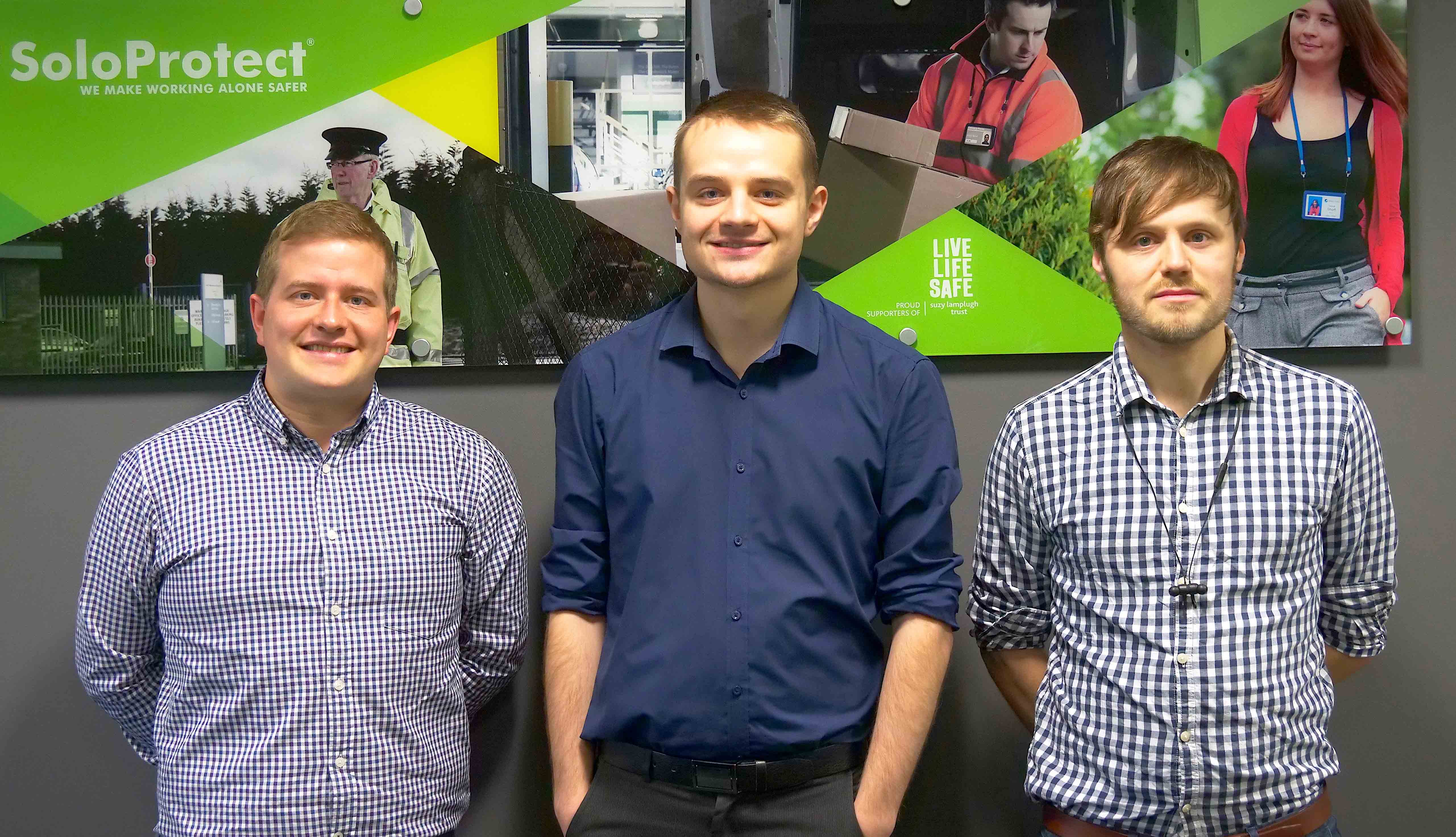 Lowell Clark, Director of Software Development, is excited to have Jonathan as part of his team: "we have an excellent Development team at SoloProtect, which, much like SoloProtect as a company, is continually growing and evolving. Jonathan is the newest member of the team and I’m really looking forward to working with him on our many new, and exciting developments."

Jonathan commented: “It’s great to be joining SoloProtect, it’s wonderful to be part of a company that provides such an important service and I’m really excited to get started.”