The SoloProtect ID Lone Worker Device gets an update

Lone worker solution provider and device manufacturer, SoloProtect, has announced an update and immediate rebrand to the SoloProtect ID lone worker device. The ID, which has had several product iterations since launch in 2003, remains the leading solutions for lone worker safety in the US, with over 250,000 devices deployed to lone workers world-wide.

In terms of physical appearance, the device’s color is the only immediately noticeable update. SoloProtect ID makes a switch to a Charcoal Grey color in contrast to the Blue employed by the previous version (which is now withdrawn). However, the device retains its discreet operation and ID badge form factor, which remains key to user-popularity.

The Geolocation function is the most impactful change to the device. By utilizing enhanced GNSS (Global Navigation Satellite System) and A-GNSS (Assisted GNSS) technology, this device will significantly reduce the ‘Time To First Fix’ (TTFF) i.e. the time taken to connect to a satellite in order to calculate a position. 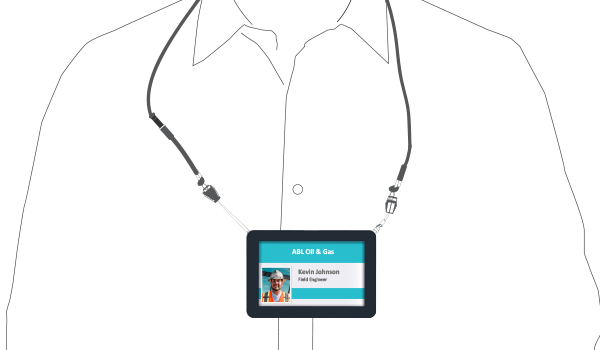 This update represents a genuine innovation in the lone worker market with the SoloProtect ID being the first device to utilize both GNSS and A-GNSS technology within a fully managed, 24/7 supported lone worker solution. This will ensure better reliability as workers are increasingly mobile – moving indoors to outdoors, moving to a vehicle, journey time and arriving at a next appointment – giving a much higher likelihood of maintaining an accurate location fix for the lone worker.

GNSS also future-proofs the product platform for several years, as global development of multiple systems alongside GPS continues (including GLONASS, Galileo, and Beidou). This will serve to improve a user’s experience, but also increase accuracy and speed to confirm a location during a ‘Red Alert’ which is key when handling a lone worker alarm and requesting a dispatch to the Police. SoloProtect ID will also deliver greater reporting benefits as a result.

SoloProtect Senior Vice President Craig Swallow commented: “The launch of the SoloProtect ID update to GNSS technology highlights our continued drive to deliver a product range that offers more to our customer base.”

Click HERE for more information on the SoloProtect ID.